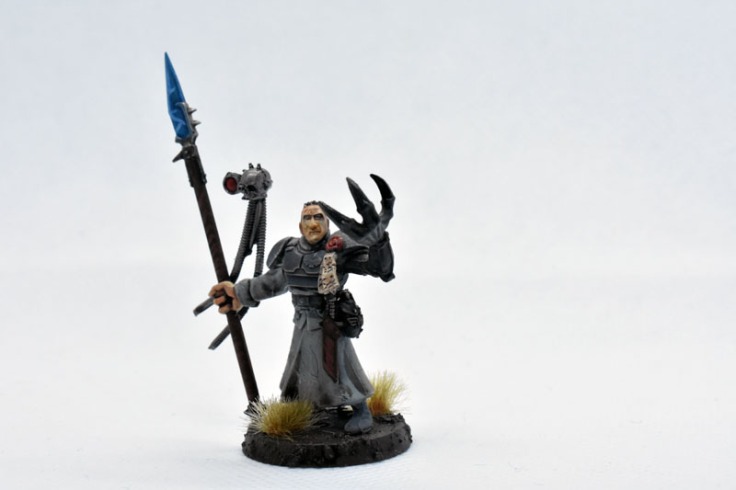 I wasn’t exaggerating when I started a tweet about this model saying ‘Five years later I finally base and finish this model’ only, it wasn’t five years, it was six!

I first mentioned this character on my blog back in August, 2012, and his model came before any of the artwork of him – cause I had to base the artwork and character on something! So he has taken a long time to be finished off (It’s also kind of funny that I still think of my Imperial Guard Army as one of my newer armies too. Yikes)

Of course there are parts of this model that I am unhappy with – my faces need work still but seeing as this guy was originally painted so long ago, I can’t be too harsh and judgemental. Really, the only thing about him that is new is the base and that was a simple case of texture paint and sticking some grass on.

But, this part of the year, for me, is all about finishing off started projects and finding some closure for the year ready to start again in the New Year. So, I am pretty pleased with myself and the fact that I did, finally, get something done.