Another post about one of my anthro/furry characters. I expect this will be a bit of a running series, so I am sorry if it’s not really your thing.

Like Torquemada, I Zombie is a character that I have had for a long time. I first created him during my time at The College of West Anglia studying Animal Management. It was during my second year that I discovered that drawing animal people was more my kind of thing than actually looking after them professionally. But I think if I was in any other setting then I’d not have formed such an attachment with my art. I was initially inspired to try drawing by one of my online friends at the time, Dark Syphid; who I knew through playing the game Phantasy Star Online. They had a fox character they drew called Trixie Furr  and introduced my to the VCL archive – which I still use every now and again today!

I Zombie was inspired by two things. The most obvious one being Rob Zombie – a fair few people I know had characters inspired by Marilyn Manson and other musical influences, it seemed only right that I create someone who was inspired by a song that I always put on the College Juke Box!

My friend Katrina and I were in the canteen, probably with that song (Demon Speeding) playing when I first drew him up. He also took his name from a Rob Zombie song, I Zombie, which I can;t even think how it goes now. It seemed to fit the bill regardless!

The second thing that inspired I Zombie was The Circus of Horrors – an amazing stage/freak show that tours various theatres in the UK that I have seen a fair few times. I took the idea of I Zombie running a Circus of his own, and even opened up the idea to allow other people to design acts for. I Zombie being the host/showman of the Circus, which I called Carnivale Macabre – which I think is actually a real thing as well? 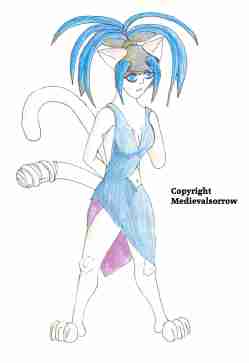 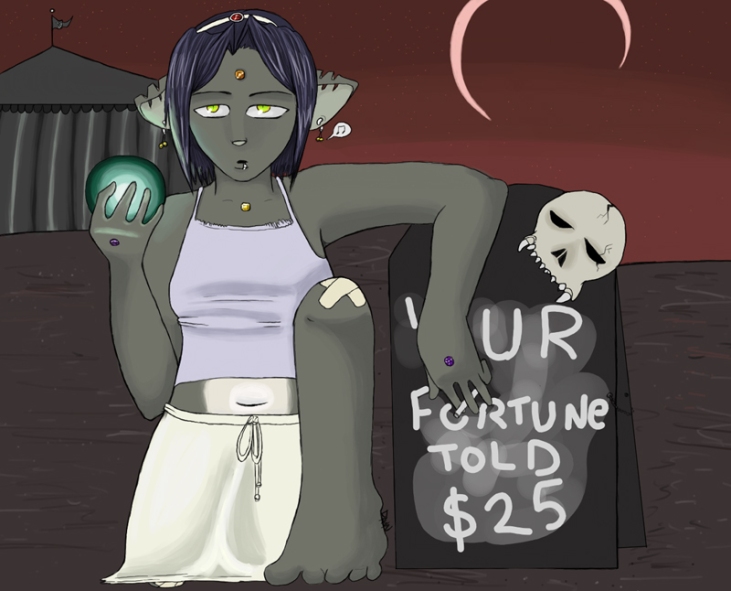 He is one of those characters that is actually fleshed out quite a bit beyond his influences and I am more than grateful to anyone that has joined me on his journey.

I Zombie and Priest by TragicFangirl 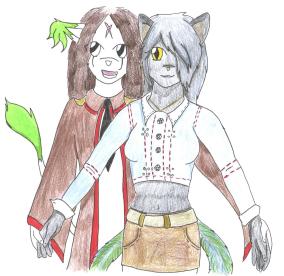 I Zombie and Vanity by Marcy-Baily@dA 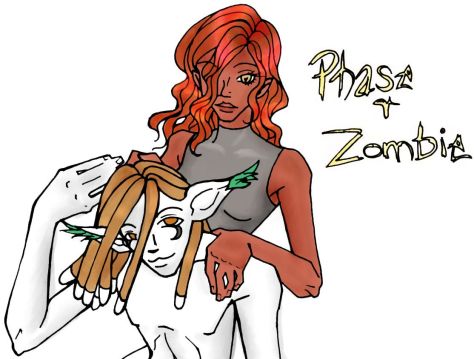 I Zombie and Rensis by omfg@dA

I think one of the things that I do really like about I Zombie, is the fact that he is so sociable compared to some of my other characters – I adore seeing him drawn with other peoples characters and secretly think that they are his adoring fans!!