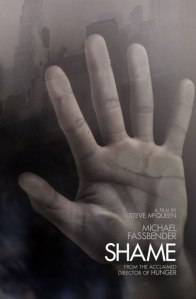 I don’t often get to watch films like this, generally because they would bore the socks off my partner and we get little movie watching time together anyway.

So when I have the house to myself I like to take advantage and rent a movie for myself to settle down and enjoy – even if they aren’t the main-stream sort of film that I am known for enjoying.

It’s a rather grim character study of Brandon – a High-Flyer living in New York – and into his life as a sex addict. It seems a great deal of effort goes into keeping himself distant from other people and as far, far away from any real human affection as possible. Whether this is due to abuse as a child or some other unwritten reason the audience never gets to know. His addiction ranges from simple masturbation (At home and at work) hiring prostitutes, casual one night stands in dirty parks to receiving oral sex from other men and a rather large collection of pornographic merchandise.

When watching, I couldn’t help but see Sissy as a female counterpart to himself, although we don’t know what she gets up to while he is at work she does bring his boss home after one night – after not long having split up from her own boyfriend, pleading with him to not leave her and repeating that she loves him over and over.
They are seemingly alike in their promiscuity, yet at the same time Sissy seems to do it for unfulfilled love and attention while Brandon just seems to want to fill a hole of desire over and over again with another person. So detached is he that the only time we see him with someone he may care for in a sexual situation that he cannot perform. So right after being able to perform with her he hires a prostitute instead with much success; showing the levels of his addiction. He is even ignorant to Sissy when she calls him right before attempting suicide – he is rather busy at the time with two other ladies.

At one point in the film I wondered if the cause of Brandons problems were his sexuality – he seems happiest while receiving oral from another man, and when we see him directly afterwards enjoying a threesome his orgasm seems to be almost pained, but I figured that the whole point of the film couldn’t be that simple. I now think that maybe Brandon was so ashamed by his actions – sex after sex all night before returning home – that it was difficult to bare. Hence his breakdown later after discovering Sissy. Maybe there is guilt? He would have been there for her if he hadn’t been so busy trying to get his own happy end in’

It’s a curious film with typical Steve McQueen long extended shots that can get a little tiresome if it’s not your sort of thing, but overall I found the film rather fascinating.