I’ve recently re-entered the world of Second Life.
Mostly through curiosity to see if the game has developed in the years that I’ve been unable to get onto it.
It has, and mostly for the better.

I created myself a new avatar; made up of various shopping trips and other peoples work I will admit. I like the fact that you can use other peoples creations as your own face. 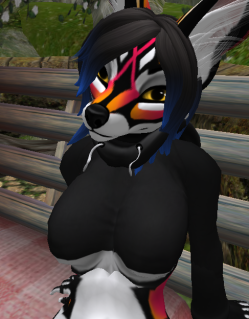 I’ve never been an anthro character on there before so though I would give it a go this time around.
While doing some early morning exploration I took a few screen caps of a random island, just to see what some of the new lighting effects did. I call them new, I don’t know if they are or not. I just don’t recall seeing them before.

First image with standard lighting/effects. It’s a decent enough photograph really in itself.

The second image, with slight compositional adjustment. I’ve not done any post Photoshop work on these or anything, just took them for something to do before work! 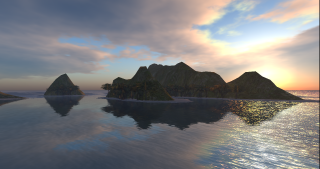 And the last one with reflections in as well.
I did take a few more, but I don’t want to clog up my entire blog with images of the same set of islands.
I’ll probably try and continue this snapshotting venture throughout my exploration of the creative side of Second Life, and who knows maybe one day I will get creative on there myself?
It’s an interesting place, not without flaws, but interesting.