We’ve been tasked with a very quick turnaround editorial illustration. Which has been a fun challenge. The idea has been to produce a rough for a newspaper article about how achieving small goals in the work place motivates a work force as opposed to one larger target. 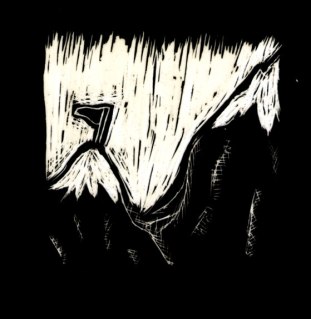 As a solution to this brief I chose something rather simple for design and chose to depict two mountains. One larger and one smaller, with the smaller having a flag in it in order to show victory over the smaller of the two goals.

Working on scratch board the original image is 25mm x 27.5mm. (You can tell it’s a rough because I worked on black scratch board)
Let me know what you think.

2 thoughts on “The smallest victories.”